12 Types of Touches and What They Mean 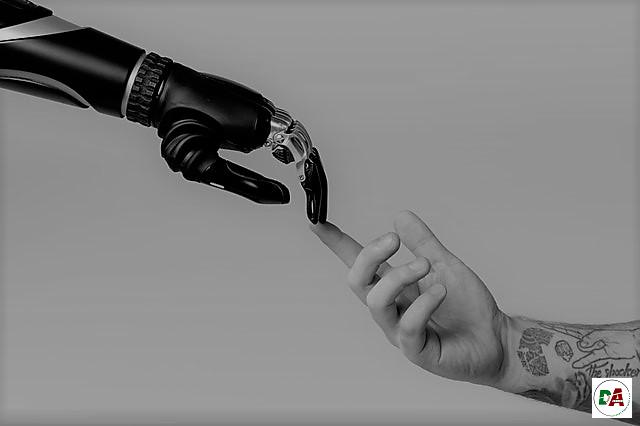 Touch is a nonverbal way of communicating meaning, feelings, and emotions to others. When compared to words which can be direct indicators of what a person wants to convey, touch and other non-verbal cues such as body language and facial expressions are more indirect indicators.

Many times, people aren’t even aware that they are touching someone while attempting to convey a feeling, thought, or message to them. However, there are occasions when they know exactly what they want to accomplish by touching you in a specific way!

To understand what a particular type of touch signifies, you must consider the location, the pressure, and the length of contact. Aside from that, you need to determine the context in which the touch should be interpreted. For example, if you’re on a date, certain touches could be perceived as affection; If you’re with a stranger, it might just be a gesture to create familiarity and trust. Where a touch can seem relatively trivial, its proper conduct or misconduct can be recognized by simply being mindful.

So, here’s a list of the most common types of touches and what they usually mean!

When someone gives you a pat on the back, it is usually to express their support or appreciation. They may also pat you on the back to give you a sense of security. In any case, this is a positive touch and not romantic in nature.

It will most likely come from a friend, a relative, or a co-worker. They are probably just telling you that you’re doing a great job or that they are there for you.

An arm across your shoulder, or even touching it, can often be regarded as a sign of care and love. Someone may touch you this way when they want to tell you something important. It can also be a way to express caution.

If you’re in a relationship and your other half wraps their arm across your shoulder, it shows affection as well as a need for closeness. It could also indicate that they are protective of you.

Holding hands is typically a romantic, sweet, and tender touch; and it’s one of the first signs that two people are falling in love. But holding someone’s hand could also be interpreted as a request for guidance and closeness. It can indicate a need for security and serve to confirm an agreement or a relationship between two people.

When a person wants to make a connection with you, they will often reach out to hold your hand. If they squeeze your hand, it can mean fear, nervousness, anxiety, happiness, or excitement. It’s a silent way of expressing a strong emotion to someone you trust.

When someone grasps your arm, they basically demand that you stay in place. This is typically a negative touch, and it is almost always an indication of anger. When someone touches you this way, they are displaying aggression. So, it’s important to pay close attention to the amount of force being applied.

Unfortunately, most of the time, this type of touch occurs within a relationship where the dominant partner wants to show their significant other their place. Another possible interpretation of this touch is a fear of an external force. It can be an attempt to acquire guidance or security.

When someone rests their face or head on your shoulder, it’s a sign of comfort and familiarity. They’re asking for affection and want to be closer to you. This is a positive and pleasant touch that typically comes from a loved one. They probably want to show you their love at that moment.

This type of touch occurs more frequently in close relationships, indicating physical proximity. Couples often do this to show love and affection and establish a sense of closeness. But this touch can also convey the special bond between a mother and her child. It demonstrates unconditional trust, peace, and comfort.

Also, when a relationship is under consideration, people frequently use this touch to ensure continuity in a meaningful way.

When someone is rubbing your arm, they are likely trying to get closer to you and it could indicate sympathy. This touch is often a gesture that requires complacency from the receiver. For example, a person may rub your arm because they want you to be happy as a result of something you’ve accomplished. In this scenario, they’re pleased with your efforts, and they’re happy about your success.

The back is a rather vulnerable part of the body, and when someone is softly stroking you in this area, it demonstrates an interest in nurturing and protecting you. This touch signifies genuine care and is commonly used by couples. For example, your partner may stroke your back when they want to have a conversation about something. Just don’t be surprised if those gentle touches turn into vigorous petting. Since rubbing has a sexual rhythm, this form of touch can be a turn-on.

When someone touches your hair, it’s a sign of comfort or a desire to be closer to you. Most couples embrace this type of touch, mainly to increase intimacy. Touching the hair, head, and scalp can be incredibly intoxicating because there are specialized sensory neurons located at the base of the hair follicles. But, it can also be relaxing and soothing.

When someone touches your neck, they are expressing comfort or protectiveness. Alternatively, the person may want to increase intimacy or show interest. Men often use this type of touch as a sign of dominance to set the roles that each of you plays in the relationship. He wants to show you that he is in charge.

While there are both intimate and aggressive ways to touch the neck, generally, this is a romantic touch intended to show attraction.

When someone places both of their hands on your shoulders, it indicates persistence, and they’re likely trying to convince you of something. If they also shake you, they might be frustrated and annoyed, but they could also be trying to open your eyes to something and make you realize it.

There’s no doubt about the meaning of this touch. It’s for those who are romantically involved. After all, touching this part of the body without consent can be alarming, or at the very least, uncomfortable. This touch clearly indicates attraction and arousal, and it is unmistakably an invitation for intimacy.

Humans are hardwired to communicate and connect with one another in every way possible. Because of this, interpersonal touching is possible, and it’s a normal daily occurrence in our lives. Paying attention to body language and learning about the different types of touches and their meanings can help you make better judgments, especially when interacting with strangers. This way, you can figure out what someone’s intentions are, even if they don’t tell you directly. Just keep in mind that these explanations are not set in stone.

They are simply the most basic and obvious reasons for certain touches. It is up to you to decide whether their meaning has any merit or if it’s merely an automatic reaction prompted by your relationship’s current state. And as always, we’d love to hear what you think! So don’t be afraid to leave a comment with your thoughts and observations about different types of touches and their meanings!

Why Modern Men Are Giving up on Dating

The Most Powerful Empath: 8 Signs You’re a Heyoka