Home » Article » Review » Bitcoin 101: What you need to know about this cryptocurrency
Review 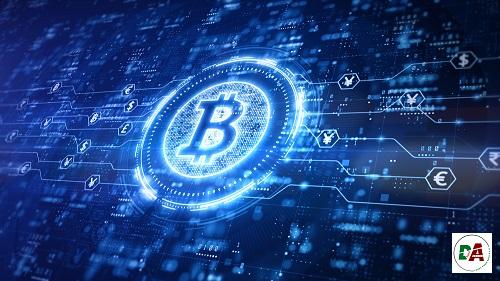 Those who have heard about cryptocurrencies and their massive potential may have heard of Bitcoin, the most popular coin in the market. With its impressive value, it’s no longer surprising to see that several people across the world have invested in it.

This popular asset is known for being useful as it is now accepted by respectable brands and credible websites. As more companies and people see its potential, many people have grown more curious about what it is and what it really is about.

For those who are yet to understand the basics of this renowned digital asset, here is a quick introduction to Bitcoin.

Bitcoin (BTC) is a cryptocurrency that has gained in popularity over the years. It is decentralised and distributed electronically just like other cryptocurrencies. This means that no institution, including banks, can ever control the movement of Bitcoins because of its decentralised nature.

Bitcoin was first revealed in 2008, when a cryptography email list released a paper entitled ‘Bitcoin: A Peer-to-Peer Electronic Cash System’. It was written under the pseudonym Satoshi Nakamoto who described it as a decentralised digital money system based on a public ledger. It also described how peer-to-peer networks can be used to handle the said cash system.

In 2009, Satoshi mined the first Bitcoin block, the Genesis block with a reward of 50 BTCs. That same year, the first-ever BTC transaction was made back when BTC didn’t have any impressive value yet.

Users in a peer-to-peer network are granted equal authority because they are all connected directly to each other without the use of intermediaries. Therefore, people can smoothly share and save data, and send and receive payments, thanks to blockchain technology.

BTC’s network is made available to the public as it allows anyone with a stable internet connection to connect without limitation. It’s also an open-source, which means anyone can look at or share the source codes that were used to create it.

How to have it

BTC is obtained through a process known as mining. Discovering new blocks that can be added to the blockchain requires solving complicated puzzle solving. With this method, BTC can add and validate transaction records across the network.

BTCs are given to miners as a reward. The award varies after every 210,000 blocks have been mined. However, specific equipment is needed to mine BTC because not all PCs can mine this crypto. For example, those who have better mining hardware can yield higher rewards compared to other miners.

Aside from its impressive market value, there are several advantages that people love most about BTCs. Here are some of those:

Decentralisation assures people that their assets are safe and that no central organisation is interfering. With BTC, people are no longer obliged to supply personal information every time they use it. They can even deal anonymously if they want to.

One of the most appealing features of Bitcoin is its speed. Since crypto transactions only take a few minutes to complete, they are way faster than fiat transfers. Another reason that makes them faster is that they don’t rely on middlemen which might cause delays. People are also assured that transactions done with BTC are faultless.

The features of BTC is what makes it stand out. Throughout the years, people discovered a variety of ways to appreciate their digital assets wisely. Aside from mere investments, people have also started using their BTCs as a purchasing tender even for luxury items.

These are just some facts that people would have to learn about BTC and why many people are so drawn to investing in it. By remembering some of the information as stated on this quick introduction to Bitcoin, people can hopefully be more knowledgeable about this asset and what made it so popular globally.