Home » Article » Health » How long does alcohol stay in your body?
Health

How long does alcohol stay in your body? 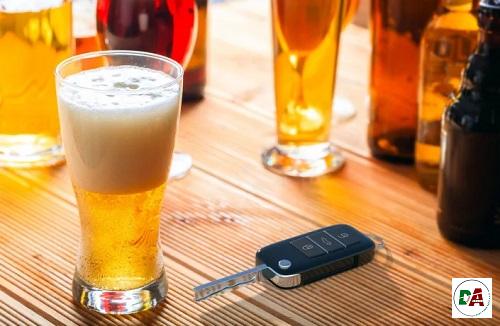 The Centers of Disease Control and Prevention says two-thirds of adults in 2018 drank alcohol. How much obviously varies, but no one wants to end the day with a DUI because they mistakenly believed they were sober when that was not the case.

According to the National Institute on Alcohol Abuse and Alcoholism (NIAAA), an abundance of factors contributes to how long alcohol stays in your system. Misunderstanding these factors makes it difficult to tell whether you’re legally safe to be behind the wheel and can lead to tragic consequences.

Healthline.com says how long alcohol stays in your system is dependent upon age, weight, whether you’ve eaten food recently, medications, liver disease and the time between drinks. One cup of beer may stay in one person’s system longer than it will for someone else with a different weight.

The ability to metabolize alcohol slows as you age, health.clevelandclinic.org says. Alcohol will have heightened effects on those with lower weights and smaller body sizes. If you’re drinking on an empty stomach, then the effects of alcohol may be enhanced. Different medications can have dangerous side effects when paired with alcohol. Any present liver conditions can harm your ability to handle alcohol and process it. Binge drinking in a short period will also increase the effects of alcohol, all according to health.clevelandclinic.org and healthline.com.

A shot of liquor is estimated to metabolize in an hour, a pint of beer in two, a glass of wine in three, and several drinks could take multiple hours, according to healthline.com.

The NIAAA estimates that one drink would be metabolized and out of your system after three hours, two drinks after slightly over four hours, three drinks by six hours and four drinks by seven. The NIAAA goes on to state that this is, again, dependent on the factors above.

As for driving, healthline.com advises: “The safest thing you can do is not get behind the wheel after you’ve been drinking.”

How long do tests detect alcohol?

The presence of alcohol can be detected through a urine test, breath test and even in your hair, says healthline.com. Alcohol can be measured through your urine within 12 to 48 hours or even 80, depending on how advanced the testing is. Breath tests, known as a breathalyzer, detect alcohol within 24 hours, according to healthline.com.

Health.clevelandclinic.org explains that alcohol can even be detected at the roots of your hair for 90 days after someone has stopped drinking. Healthline.com also says that alcohol can be identified in sweat and blood.

How long do other substances stay in your system?

According to medicalnewstoday.com, first-time cannabis smokers may have weed detected in their system within three days, while regular smokers of three to four times a week may have the substance detected within five to seven days. Those who smoke cannabis daily can have it detected for up to 30 days.

WebMD.com says nicotine can be found in blood within one to three days, in saliva for up to four days, and in your hair for up to 12 months.

Should you exercise first thing in the morning or at night?

Should you exercise first thing in the morning or at night?

The Awesome Power of Getting Up Early

How to Lucid Dream in 7 Minutes!

How to Naturally Grow a Beard from Nothing