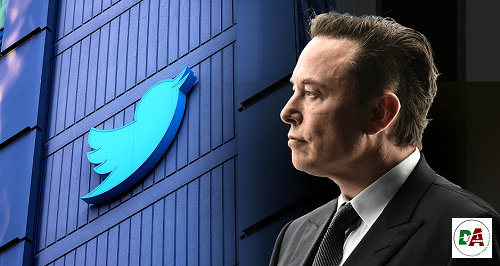 The social network will become a privately held company after Twitter officially announced the deal on Monday afternoon. Musk, a business magnate and the CEO of both SpaceX and Tesla, Inc, will pay $54.20 per share in cash.

The news comes after an extended news cycle surrounding Musk’s efforts to gain a measure of control over Twitter, initially through acquiring a 9.2 percent stake and potentially gaining a seat on the board.

There’s a lot up in the air right now, but the most definite changes will come as a result of Twitter’s shift from being publicly traded to being privately held.

The current Twitter board will be out, stock won’t be traded, and Musk will be able to decide what direction the company goes in the future.

Under the terms of the deal, Musk is providing $25.5 billion of fully committed debt and margin loan financing, along with approximately $21 billion in equity commitment.

Here’s what Musk had to say in the press release announcing the deal:

“Free speech is the bedrock of a functioning democracy, and Twitter is the digital town square where matters vital to the future of humanity are debated. I also want to make Twitter better than ever by enhancing the product with new features, making the algorithms open source to increase trust, defeating the spam bots, and authenticating all humans. Twitter has tremendous potential – I look forward to working with the company and the community of users to unlock it.”

References to free speech are a hint that Musk may be interested in reducing moderation efforts, even while he has a spotted history with the subject of free speech.

Others are interested in Musk’s stated goals beyond his interpretation of free speech: Stopping spam bots and making the Twitter algorithm code open source.

Twitter’s influence on media narratives is outsized, given that a relatively small number of people use it. Pew Research finds that 23% of US adults say they ever use Twitter, compared to the 81% that use YouTube and the 69% that use Facebook.

In the short term, at least, it seems most likely that Twitter will continue on largely the same path as before, with the same trolls, jokes, and brands scheduling promotional stunts. But it also seems inevitable that Musk will be an even more impossible-to-avoid presence, with everything that entails.

Whatever the case, we can safely say that this deal is easily one of the biggest tech company acquisitions ever — well over the $28 billion price tag that Salesforce paid for Slack or the $26 billion that Microsoft shelled out for LinkedIn.

I am not a robot: iOS verification update ends ‘captchas’