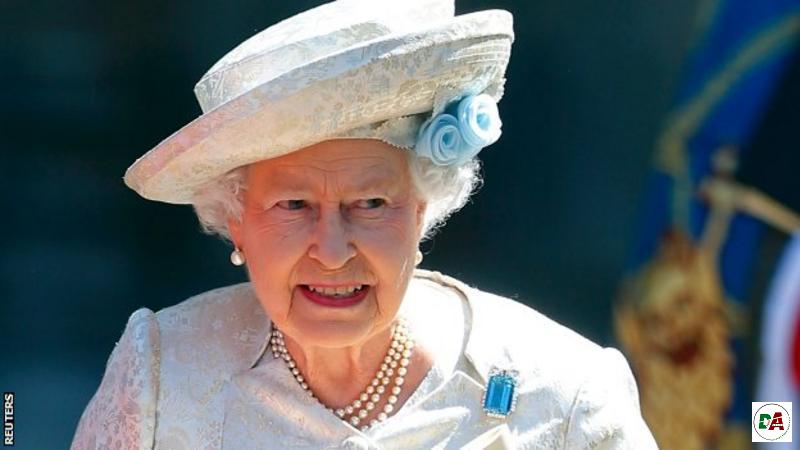 All English, Welsh and Northern Irish football and senior Scottish football has been postponed this weekend as a mark of respect following the death of Queen Elizabeth II.

EFL games were due to take place on Friday and Saturday, with six Women’s Super League fixtures – the first of the season – on Saturday and Sunday.

Play will resume in England’s cricket Test against South Africa on Saturday and the women’s Twenty20 match between England and India will go ahead.

Golf’s PGA Championship will restart on Saturday after play was halted on Thursday.

British horse racing will return on Sunday, with rugby union’s Premiership season beginning on Saturday after two fixtures on Friday were postponed.

Boxing’s world title fight between Savannah Marshall and Claressa Shields has been postponed with a provisional new date of 15 October, while all British Boxing Board of Control tournaments have been postponed for the weekend.

Sunday’s Great North Run will go ahead as planned, with organisers saying it is “an opportunity to come together and express our condolences while celebrating the life of our extraordinary Queen”, and that the event would be “more subdued out of respect”.

And next week’s Davis Cup Finals tennis tournament in Glasgow, including Great Britain and the USA, will be played at Emirates Arena from 13 to 18 September.

Manchester City’s Champions League game with Borussia Dortmund at Etihad Stadium on Wednesday will go ahead as planned, as will Manchester United’s Europa League tie with FC Sheriff in Moldova next Thursday.

The government’s national mourning guidance advised that cancelling fixtures was not obligatory, leaving the decision to individual sports.

Government guidance for the day of the funeral also advised that cancellation was not obligatory, but suggested events could be rescheduled so that they do not clash with the timings of the service.

Cricket, golf and rugby to play on

International, domestic and recreational cricket in England will go ahead on Saturday.

In golf, the PGA Championship will resume at 06:40 BST on Saturday and the event will now be contested over 54 holes rather than 72.

Players who were still competing when Thursday’s play was stopped will complete their first round before the second round begins.

The rugby union Premiership match between Bristol and Bath has been moved from Friday evening to 17:30 BST on Saturday, while Sale v Northampton will be played on Sunday at 15:00 BST.

All other Premiership matches on Saturday and Sunday will go ahead as scheduled, but senior rugby in Wales has been suspended.

Formula 1 held a minute’s silence with all teams prior to practice on Friday for the Italian Grand Prix, with the race weekend to proceed as planned.

In rugby league, the Super League play-off between Catalans Dragons and Leeds is on Friday, with Huddersfield and Salford playing on Saturday. The Championship fixture between Sheffield Eagles and Dewsbury Rams has been postponed.

The British Elite Ice Hockey League said the weekend’s season-opening games would go ahead as planned.

The Football Association said fixtures between 9 and 11 September are postponed, adding that as a “long-standing patron” of the FA the Queen “has left a lasting and indelible legacy on our national game”.

The Premier League and EFL have confirmed that all fixtures will be rescheduled.

While policing was not a factor in postponing this weekend’s Premier League games, it is understood it could be a consideration in next weekend’s games depending on state funeral arrangements.

There is confidence fixture congestion can be solved in the second half of the season and a meeting will be held next week to discuss the calendar with relevant bodies.

The Premier League took the decision to honour the Queen’s “extraordinary life and contribution to the nation” and said updates on future fixtures during the period of mourning “will be provided in due course”.

The league’s chief executive Richard Masters said: “We and our clubs would like to pay tribute to Her Majesty’s long and unwavering service to our country.

“This is a tremendously sad time for not just the nation but also for the millions of people around the world who admired her, and we join together with all those in mourning her passing.”

SPFL chief executive Neil Doncaster said it was appropriate to “mark the event with all possible solemnity” and added that there would be a further update “when we have clarity over official arrangements for Her Majesty’s funeral”.