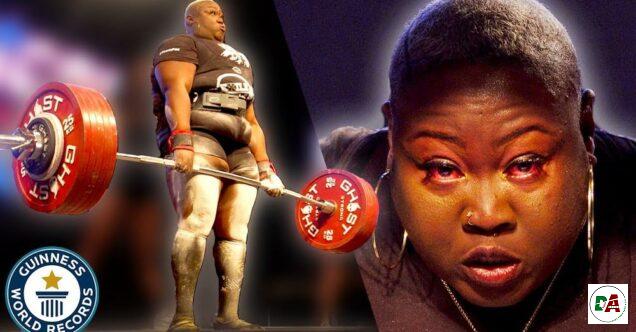 A Maryland woman Tamara Walcott broke a Guinness World Record at a Virginia weightlifting competition when she lifted a total 1,620.4 pounds across three compound lifts: the squat, the bench press and the deadlift.

Guinness World Records said Tamara was competing Wednesday in the 2022 World Raw Powerlifting Federation American Pro in Manassas when she broke the record for the heaviest cumulative lift for bench/squat and press in competition (female).

Walcott said she only started lifting weights four years ago to help her lose weight and get into shape.

“When I looked in my kids’ eyes, I wanted to make sure that I was there for them, so I had to start taking care of me,” she told Guinness World Records.

Walcott said she hopes her record will encourage others to try powerlifting.

“We can be whoever we want to be, because you got me and the powerlifting community, arms wide open,” she said.

“We are about cheering each other on and building each other up, so when you walk out into the world, you are so built up, that no one can tear you down.”

In a post on Facebook, celebrating her feat, Walcott dedicated it to her grandmother, who died three years ago.

“Was gonna wait till tomorrow to Post this but TODAY IS EXACTLYYYYY 3 years to my grandmother memorial service where we laid her to rest 🥺and today I was entered in the Guinness BOOK OF WORLD RECORDS YALL as the strongest women in the world !!!

“She’s always letting me know she never left my side ! This is for you grandma VIVIAN MARSHALL LANG rip and thank you for watching over me and talking in his ears for me”.