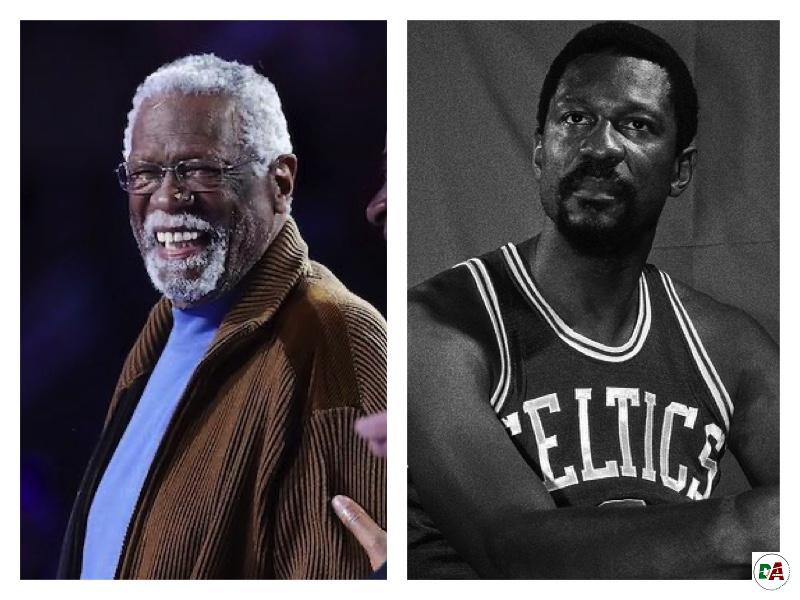 NBA Hall of Famer Bill Russell, who won 11 championships throughout his career, died on Sunday, his family announced in a statement. He was 88 years old.

Russell who won all the championships with the Boston Celtics, died “peacefully” with his wife Jeannine at his side, the family said. No cause of death was mentioned.

“Bill’s wife, Jeannine, and his many friends and family thank you for keeping Bill in your prayers,” the statement read.

“Perhaps you’ll relive one or two of the golden moments he gave us, or recall his trademark laugh as he delighted in explaining the real story behind how those moments unfolded.”

While there he joined the basketball team and ultimately earned a scholarship to the University of San Francisco.

Beginning with his junior year at USF, Russell won two straight NCAA championships, leading the team to 55 consecutive wins and was twice named an All-American.

That same year he was drafted to the Celtics where he carried the team to 12 NBA Finals appearances and 11 championships while being named league MVP five times in 13 years.

Russell was also the first Black head coach of any North American professional sports team when he was named the Celtics coach in 1966 and led the team to two championships.

Despite his historic career, Russell faced racism throughout his time with the Celtics.

His daughter, Karen Russell, wrote in The New York Times in 1987 that their home was frequently broken into when the team was on the road.

In 2011, Russell received the Presidential Medal of Freedom from President Barack Obama as the White House said he “almost single-handedly redefined the game of basketball.”

NBA Commissioner Adam Silver praised Russell as “the greatest champion in all of team sports” in a statement Sunday.

“I cherished my friendship with Bill and was thrilled when he received the Presidential Medal of Freedom. I often called him basketball’s Babe Ruth for how he transcended time,” he said.

“Bill was the ultimate winner and consummate teammate, and his influence on the NBA will be felt forever. We send our deepest condolences to his wife, Jeannine, his family and his many friends.”