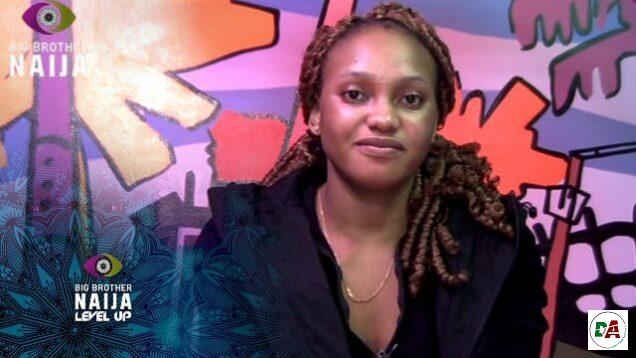 Chomzy, one of the housemates of the ongoing television reality show, Big Brother Naija, season 7, has emerged the head of house for week five.

This was announced by Biggie after the head of house challenge held on Monday.

Biggie rewarded Chomzy with one week stay in the head of house lounge as she would also be immune from nominations for possible eviction.

Chomzy picked fellow housemate, Eloswag, as her deputy, thereby making him her room partner in the exclusive head of house lounge.

The first phase of the head of house game started with the female housemates moving “Donkwas” from a stool on one end of the arena to another.

The male housemates also competed against each other in the second round but were disqualified for not following the rules.

The housemates with the highest number of “Donkwas” went for the second phase.

Chomzy and Bella, who led in the female category, made it to the second phase where they were made to recreate a reference image with coloured candies.

Bella was the first to finish her task but did not perfect it which made Chomzy emerge as the first female head of house.

The inaugural BBNaija eviction vodcast to be hosted by Elozonam

Big Brother Naija begins audition for season 7: How to...