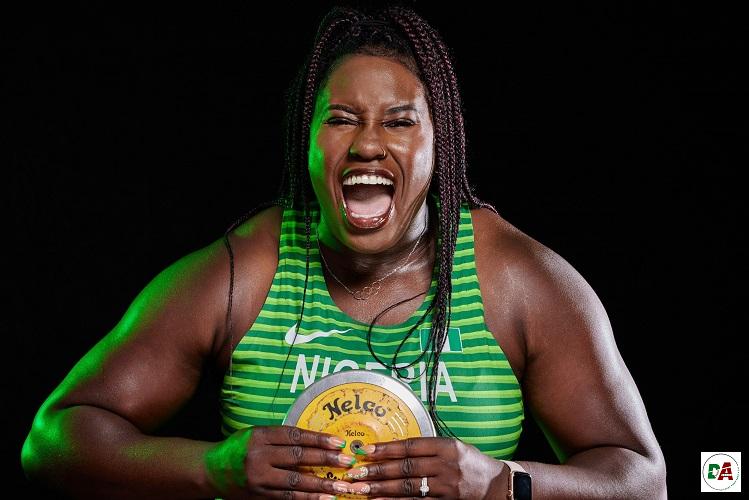 The Commonwealth Games is taken place in Birmighan, United Kindgom.

She has become the first Nigerian woman to win gold medal in Discuss at the Commonwealth Games.

Onyekwere set her season best record as she threw the discus to a distance of 61.70 metres to win gold.

Onyekewere, 28, threw 61.70m in her fourth attempt to take the lead from home girl, Jade Lally who led from the start of the competition with her opening throw of 57.33m

Another Nigerian, Obiageri Amechi claimed the bronze medal with a throw of 56.99 metres.