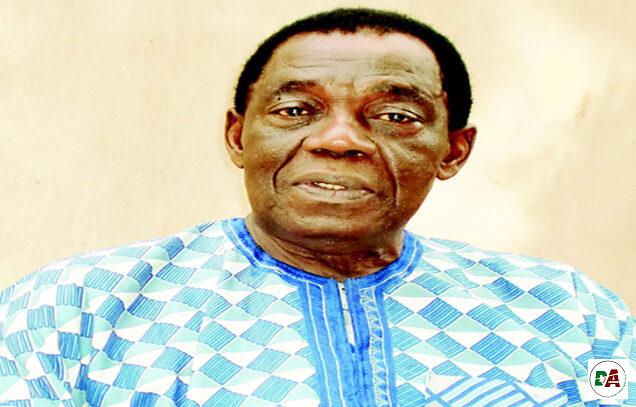 The Chairman of the National Convention Organising Committee, of the faction, Chief Mike Odunrinde, who presided over the election, said that Ikeyina polled 308 votes to emerge winner.

Odunrinde said that out of the 311 delegates accredited, 308 voted in favour of Ikeyina, two voted against while only one vote was voided.

The chairman, who also announced that other presidential aspirants stepped down for Ikeyina, said that the election was free and fair, devoid of vote buying.

“We have organised our convention and you can see that voting is ongoing and no one is buying votes, those politicians buying votes are not coming to promote Nigerians aspiration.

“We must begin to imbibe attitudinal change and shun money politics if this country must move forward,” he stressed.

The Acting National Chairman of the party, Chief Supo Shonibare, while addressing the delegates, expressed optimism that the party’s candidates seeking various elective positions would be victorious at all levels during the 2023 general elections.

Shonibare said that after the National Convention and the final determination of the Court case, the party would have extra-ordinary convention.

He said this expected to involve members of the factional group, adding that “the SDP leadership is particularly mindful of the fate of our candidates.”

He gave assurance that some of the Aspirants who emerged as candidates at all levels who are not aware of the ongoing internal crisis would be protected from all forms of jeopardy that may happen in the nearest future.

He expressed confidence that the party being led by himself in an active capacity until the next convention, would be victorious.

“It may not be as quickly as we wanted but I’m assuring you that we will be victorious.

“It may not be as quickly as we think but we are confident that we will prevail. And one thing I can assure you is that we will not back-off.

“We will continue to extend olive branch to the other tendencies who we know were never elected and we are particularly mindful of the fate of our candidates.

“Because I tried to tell my colleagues that we must appreciate that candidates that have come as SDP candidates many of them may not know the division within the party,” he said.

The legal Adviser of the party, Mr Obi Okafor, said that the party had done what was expected of it by the Independent National Electoral Commission (INEC)

According to him, INEC stipulates that party should finish primary elections before a stipulated date.

He added that what the party had done did not go contrary to the court order, urging all factions of the party to maintain status quo.

Okafor said expressed the belief that no one will lose out anytime the court decided to settle the leadership tussle in the party.

The Vice Chairman SDP South East, Mr Endurance Philip, said that the current people in SDP were people who believe in labour, respect and integrity, devoid of immoral behaviour.

According to him, a Nigerian presidential candidate from the southeast is the only answer to the many challenges confronting the country.

He called on INEC to treat each faction in the party equally.