10 of the most memorable Premier League opening day games 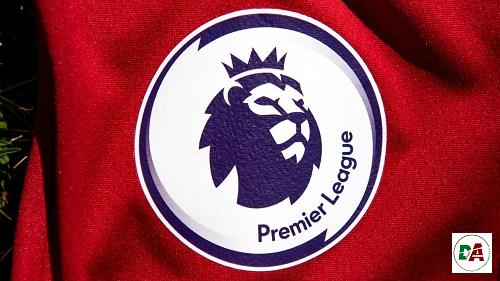 The Premier League fixtures announcement has thrown up some intriguing encounters on the opening weekend.

Nottingham Forest will mark their return with a trip to Newcastle, promoted Fulham take on Liverpool and West ham host champions Manchester City.

Here we look at 10 of the most memorable first-day Premier League fixtures from previous years.

This game was not a classic like those below but it did feature the first Premier League goal. Brian Deane scored it, then won it for the hosts from the spot after Mark Hughes had levelled. Fortunes soon changed as Alex Ferguson’s side won the title and the Blades were relegated.

This launched what was meant to be a continental new era for Spurs, with Jurgen Klinsmann leading the line after a move from Monaco. He delivered too, scoring and then performing one of the Premier League’s most memorable celebrations – a dive to live up to his reputation.

It was shirts-over-your-head time at the Riverside as Fabrizio Ravanelli marked his Boro debut with a hat-trick. The White Feather took on Liverpool’s Spice Boys and nearly came out on top but, at the end of the season, Boro went down despite the Italian’s 16 goals.

David Beckham’s majestic lob from his own half triggered one of the English game’s most celebrated and high-profile careers. Beckham was a well-established prospect before he caught Neil Sullivan napping – but this goal certainly helped him make a name for himself.

Leicester became the first reigning Premier League champions to lose their opening game. Newly-promoted Hull suffered a chaotic summer, losing boss Steve Bruce and seeing fans protest at the Allam family’s ownership of the club – but they won with goals from Adama Diomande and Robert Snodgrass, either side of Riyad Mahrez’s penalty.

The hosts took the lead through Theo Walcott, who recovered from seeing a penalty saved by Simon Mignolet to score just 69 seconds later. However, Jurgen Klopp’s side stormed back as Philippe Coutinho (2), Adam Lallana and Sadio Mane put them 4-1 ahead, before Alex Oxlade-Chamberlain and Calum Chambers set up an exciting finish to a thrilling game.

The night started perfectly for Arsenal as new signing Alexandre Lacazette marked his league debut with a goal after just 94 seconds, only for Shinji Okazaki to level three minutes later. Jamie Vardy then capitalised on poor defending to twice put the Foxes ahead either side of Danny Welbeck’s equaliser. However Aaron Ramsey levelled, then fellow substitute Olivier Giroud’s 85th-minute goal settled a breathless encounter in Arsenal’s favour.

Stefano Okaka gave Watford an eighth-minute lead, with Abdoulaye Doucoure re-establishing their one-goal advantage shortly after Mane equalised. Roberto Firmino levelled from the penalty spot after debutant Mohamed Salah was fouled, with the Egypt international then poking Liverpool ahead – only for Miguel Britos to equalise and give Marco Silva a positive first outing as Watford boss.

Champions Liverpool were given a scare by a fired-up Leeds side playing their first top-flight match in 16 years but ultimately a Salah hat-trick proved decisive. Three times the Reds were pegged back after taking the lead with a Salah penalty, a Virgil van Dijk header and another Salah strike, with equalisers coming from Jack Harrison, Patrick Bamford and Mateusz Klich. Salah finally settled the contest with a second spot-kick two minutes from time.

Brentford announced their arrival in the Premier League in style as goals from Sergi Canos and Christian Norgaard secured a memorable 2-0 win over Arsenal. The Bees finally came full circle as their last match in the top flight, in May 1947, was a 1-0 home defeat against Arsenal.