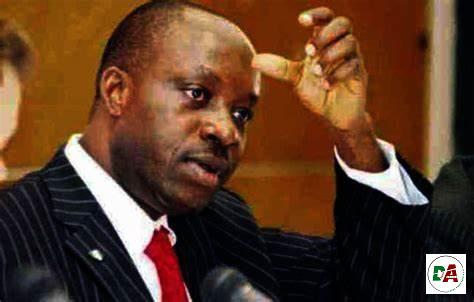 Soludo, at a news conference also banned motorcycles, keke and shuttle buses from operating in the eight local governments on Mondays until the Sit-at-Home completely stopped.

“The youths of every community in the zone are hereby enjoined to assist the security agencies in the implementation of this policy and are mandated to seize any such motorcycle or tricycle on the spot. Local Vigilantes should report such motorcycles or tricycles (keke) immediately, and they will be confiscated by government and the owner prosecuted.

“The Okada, Keke, and shuttle bus union leaders must take responsibility to report their members who are involved in criminal activities. We shall review this after two weeks, and if members of these unions continue to be involved in criminal activities, the government will have no choice but to either disband the Unions and/or ban them out rightly in the state,” he added.

Soludo stated that no part of Anambra State shall be used as camps for these criminals, saying that anyone with a gun in a camp is considered a criminal in Anambra State, adding that the government and people would work with security agencies to flush them out.

“The State Government shall pursuant to its powers under the Land Use Act revoke and acquire any land found to be harbouring these criminals, for public purpose. Henceforth, every community is required to provide information on any part of their land occupied by these criminals as camps. If the community fails to do so, the government will take over such land.

“All communities are hereby charged to take over their communities completely and through the leadership of their Town Unions and Traditional Rulers give weekly security reports (submitted every Friday) to the State Government on the state of security in their communities.

“The cooperation of the youths in that regard is now imperative. I charge the vigilantes of each community to rise to the occasion and contend with these criminals in your locality whether they are in your bush or the houses in your community. The State Government expects the report of any progress made in this regard and shall support and reward you accordingly.

“Any buildings found to be harbouring these kidnappers and murderers who have laid siege on our State will, as provided by Criminal Code (Amendment No.3) Law 2013, be forfeited to the State Government. To that extent, all landlords are hereby directed to proceed on “Operation Know Your Tenant” by keeping appropriate records of their tenants and report anyone suspected of being involved in criminal activities,” he said.

According to Soludo, each community leadership must keep full register of all tenants in their communities, their occupation, among others and keep an eye on their activities.

He added that the State Government shall as an emergency measure, disband the leadership of any community which failed to report criminal activities in their communities or immediately respond to the requests contained in this address.

The governor stated that all market leaders and stakeholders were hereby charged to join the communities in taking back their territory and monitor the activities in their markets, as they were all required to return weekly security reports to the State Government.

“Everybody who either in person or through telephone calls demands cash support or ransom from anyone in furtherance of any criminal activities or groups should immediately be reported to the government via the telephone lines provided.

“All transporters, i.e, bus drivers, shuttle drivers, tricycle (keke) and motorcycle (okada) riders must immediately report any suspicious passengers. Because it has come to the knowledge of the State Government that over 80% of transport operators use fake plate numbers and identities, all transport operators must henceforth re-register their vehicles, tricycles and motorcycles with their valid means of identification and their biometrics captured.

“This exercise shall immediately be commenced and anyone who defaults in doing that after four weeks from today would be treated as a suspect and adequate measures taken against him or her. All hotels are directed to obtain the means of identification of their guests and keep an inventory of all guests in their hotels.

“The management of the hotels should immediately report any suspicious persons or group of persons checking into or converging in their hotels. Immediate sanctions would attend any dereliction in that regard, including possibly shutting down or demolition of such hotels.

“All fuel stations are hereby directed to, within 4 weeks from today, place surveillance cameras in their stations and keep the records generated by those cameras in order to assist the State Government, when required, in tracking these criminals who inevitably fuel their vehicles at fuel stations,” he ordered.

Soludo also released several telephone numbers for the public to report any criminality or suspicious conducts.

He said the phone numbers are managed in his office in strictest confidentiality.

“In addition to the N10 million cash reward we placed on those who gruesomely murdered Hon Okechukwu Okoye and his aide, we are also offering a cash reward of AT LEAST One Million (N1,000,000) to anyone who provides useful information leading to the arrest of any of the leaders or members of these criminal gangs including those who support them financially or in kind, and all those enforcing the illegal Sit-at-Home order, or anyone involved in the kidnapping, murder, and arson, or access to the camps where the criminals operate from.

“The bounty will depend upon the profile of the criminal: their leaders will attract higher amounts. Similar bounty will be paid to anyone who gives information about anyone or location where hard drugs (especially “Mkpulu mmili”) are manufactured in the state. The State Government hereby assures any informant of confidentiality in this process and would not disclose your identities or contact,” he said.

Over 1,000 homes to be delivered to Nigerians by LandWey