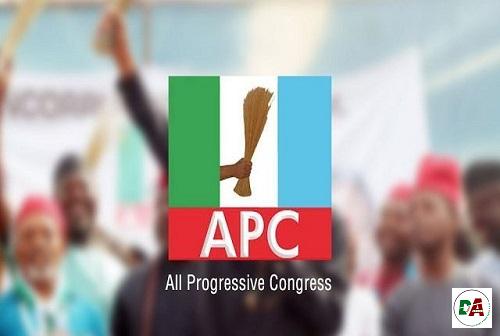 The All Progressives Congress (APC) on Wednesday announced new dates for the primaries of the party to elect its candidates for various positions in the 2023 general election.

Morka told journalists that APC has rescheduled its governorship and House of Representatives primary elections to Thursday May 26.

The APC governorship primaries was earlier scheduled for May 20.

The APC scribe said the party’s Senate and House of Assembly primaries had also been rescheduled to hold on Friday May 27.

“The NWC of the APC has made an approval for a revised timetable schedule of activities for house of assembly, national assembly, governorship primaries and appeals that may arise.

“The election appeals for governorship and house of representatives will take place on Friday May 27,” he said, adding that appeals for senate and house of assembly primaries will hold on Saturday May 28.

Morka said following the party’s approved revised timetable schedule of activities, its special convention and presidential primaries earlier slated for May 30 and June 1, would now take place between May 29 and 30.

He added that the mode of primary election would be contained in the guidelines that would be issued later.

On reports making that the party had zoned its presidential ticket to the North-East, Morka said: “there is no such decision made by the NWC”.

NAN further reports that the APC various screening committees would screen no fewer than 25 presidential aspirants,145 governorship aspirants, 351 senatorial aspirants and 1,197 house of representatives aspirants ahead of its primaries.

The cleared aspirants would contest for the party’s ticket for the 2023 general elections.