9 Psychological Laws of Power for Success 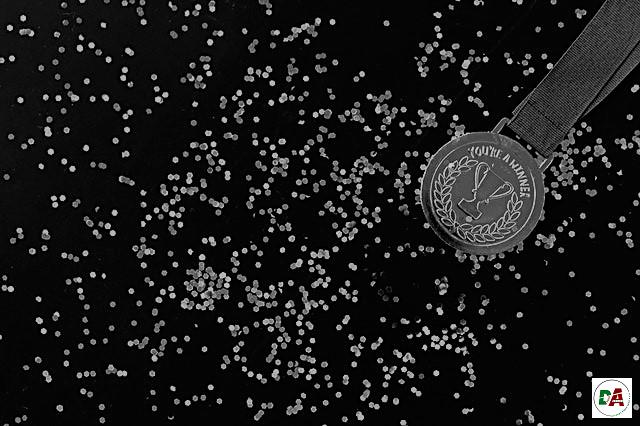 Today, we are going to learn 9 psychological laws of power to achieve success. Now, let’s begin.

Show people, don’t tell them. Any victory you think you obtained through argument isn’t as long-lasting as the resentment you’ve stirred up. It is better to get people to agree with you through your actions. Demonstrate, don’t explicate.

Employ this law by not engaging with someone who wants to argue about something, but by instead going on and showing your idea in proofs or actions. For instance, when somebody is telling you you should do something in a different way than you want, and you disagree with their method, thank them for their thoughts and continue with your plan and let the end result speak for itself.

Let’s say someone is telling you how you should do things in order to have different parts of a meal all ready at the same time, and you disagree with it. You would thank them for their thoughts, tell them you have a plan, and continue with your method, thus letting the meal all arrive at the table at the same time prove your method efficiency

What is offered for free is dangerous and it usually involves a trick or a hidden obligation. It’s the old, if it sounds too good to be true, it probably is. Employ this law when making big purchases, deciding where to put money, and finding what the other party’s benefit is when offered “good deals”.

Guard it with your life. Always be aware of how others view you and do things that reinforce what kind of a person you want them to see you as. Use this law when you’re mindful to be extra careful, to be polite, and considerate with others, even when delivering things they might not want to hear. Also, when known to be learned in some subjects, you have to be mindful to keep abreast of them to reinforce your reputation.

A wise bit of advice for many reasons. You don’t want toxic people influencing your life. Focus on being around people who have qualities you admire, rather than those who attract misfortune because of their attitude or actions.

They say mostly your emotional state of mind is a direct result of the five people you spend the most time with, so choose them wisely. And remember, you can literally die from someone else’s unhappiness, in more ways than one. Employ this law by limiting the time you spend with people who are toxic to you or themselves and instead choosing to spend time with those who encourage the best parts of you.

Tell people how they will benefit from it, would be when asking them for something in most situations. Be it asking for help, a favour, a changed behaviour, etc. You can’t count on even the best of people being altruistic all the time. Plus, it’s a polite thing to do. Reciprocity in action.

Employ this law when, for example, asking for a favour. An example might be: “if you could please help me out by sweeping the floor quick, then I will make us popcorn right now, so we can watch that movie together sooner than later.” Or: “when you exhibit the undesirable behaviour, I feel negative emotions, which causes the unfavorable outcome. So, if you could just please perform the desirable behaviour, then I will do something you would want and we will never have to have this discussion again.”

Know whom you are dealing with. Keep proper boundaries with people you aren’t close to and don’t take for granted someone you might offend is harmless. For all, you know that guy you shushed at the gin bar could be a man with a fist full of hammers and a trunk full of duct tape and zip ties! These are the types of people who are dangerous and difficult and one doesn’t want to cross or offend.

How to use this law is to make a point to study how to recognize different types of people, and then try to act accordingly in situations with them.

If you are unsure what to do, often the wisest thing to do is nothing at all. If you are unsure of a course of action, do not attempt it. Timidity is  dangerous. Better to enter with boldness.

Any mistakes you commit through audacity are easily corrected with more audacity. Machiavelli said that it is better to be impetuous than cautious but to know the time for each. In other words, be cautious in planning and impetuous in execution. Be bold.

Employ this law a lot in principle by not saying or doing things when you’re uncertain what is best until you are. For instance, if you feel someone is being rude by ignoring a message or snubbing you in public, instead of calling them on it and making a deal of it, wait and do nothing until you can check the facts. Was this person busy? Was their phone working? Did something happen to them to put them in a noncommunicable mood? Etc.

Use this law all the time to remind yourself to just shush up and of the reasons why it is a good idea. Especially during intense discussions, let the other people talk. You don’t learn anything new when you’re the one talking. Plus once something is said, it can’t be unsaid, it’s out there. Best to wait and choose your words wisely and with intent most of the time.

Employ this law every day by listening more than talking and thinking carefully about what you are going to say and what you want to achieve by saying it. If you’re unsure what to say, say nothing until you are certain.

It is smart to occasionally display defects or admit to harmless vices, especially if it offers the chance for another person to feel superior to you in an area. Envy creates silent enemies. I employ this law in everyday interactions with friends, classmates, coworkers, etc. It’s just practical and kind.

9 Subtle Signs You Have Poor Boundaries