4 Weird Habits That Will Help You Improve Your IQ 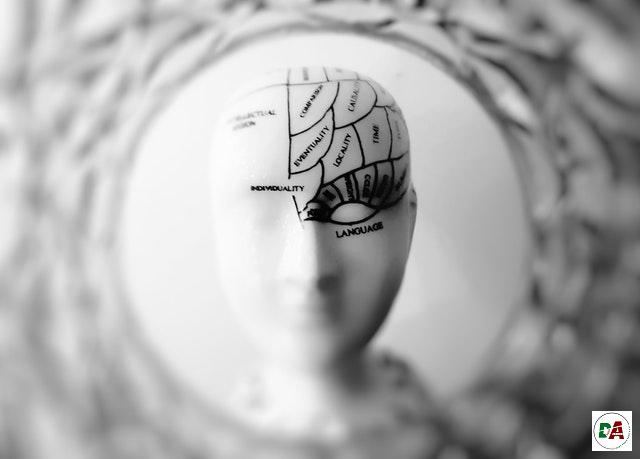 Today, we are going to learn about 4 weird habits that will boost your IQ. Now, let’s begin.

Some of the most intelligent people in history maintained the strangest routines. Despite their incredible minds, these geniuses practiced unproven, unscientific habits, and they believed those habits contributed to their intellectual growth.

For example, Nikola Tesla, a brilliant engineer, performed one hundred toe-exercises in his bed every night. He believed these exercises stimulated his powerful brain. There’s no science or data to prove Tesla’s theory, yet he trusted wholeheartedly in the cognitive benefits of this bizarre routine.

Nikola Tesla wasn’t the only one. Dozens of geniuses gathered their intelligence from the most peculiar places. The Russian composer Igor Stravinsky stood on his head every morning to clear his mind. Albert Einstein slept over 10 hours every day, and he stimulated his extraordinary mind with one-second, mini-naps.

Their habits were strange and untested, but they served an important purpose in their lives and in yours. Nikola’s Tesla’s toe-exercises may not have stimulated his brain, but they did supply Tesla with intellectual courage and confidence. When he performed those exercises, Tesla felt smarter. He believed he was stimulating his brain. He engages with personal routines that he designed to increase his intelligence… and that’s exactly what happened.

Psychologically, there are a couple different biases at play. On one hand, it’s a placebo effect. Tesla believed his toe-exercise would help him grow smarter. Even though the exercises were ultimately useless, he saw improvement, simply because he believed in his routine. It’s also an attribution bias. Tesla worked very hard to expand his mind, but instead of crediting his hard work, he attributed his intellectual growth to the toe-exercises he performed every night.

So, what’s the point of all this? If there’s no science, data, or concrete proof, why should you engage with these strange exercises and routines? The answer is simple. Proven or not, you perform these routines, because they work for you. Think about the role of a routine. You practice intellectual routines to facilitate your mind. You want to give yourself motivation, inspiration, and freedom of thought. Does it matter where those experiences come from? For example, Albert Einstein refused to wear socks because the holes in his socks were too distracting. Charles Darwin took numerous walks throughout the day because those walks gave him a chance to clear his head. What does that mean for you? It means you should embrace your weird habits and personal preferences. If something makes you feel confident, unburdened, or secure, lean into those feelings. You may not create a perfect, scientific routine, but that’s not necessary.

Your goal is not to perfect your routine. Your goal is to increase your intelligence. You want to open your mind and inspire your thoughts. No matter how strange your habits may be, any routine that makes you feel confident and courageous… stimulates real, intellectual growth.

We’ve talked about the role and purpose of strange routines. Now let’s talk about one specific habit, which dozens of intelligent people have shared throughout history. Benjamin Franklin, Theodore Roosevelt, and the Greek physician Hippocrates believed water therapy significantly improved their minds. Water therapy is a lot simpler than it sounds—just submerge your body in water. You might swim in a river. You might sink into a bath or stand in the shower. Whatever method you choose, many intelligent people believed in the cognitive power of water therapy, specifically cold-water therapy.

Submerging your body in cold water immediately stimulates your system, almost like an electric shock. Let’s say you’re feeling groggy or cloudy first thing in the morning. You can immediately relieve the fog around your mind by submerging your body in cold water. Suddenly, your blood starts pumping. Your heart starts racing, and your brain springs into action. By suddenly changing the temperature of your environment, cold water therapy kickstarts each of your physical systems. But how does cold water increase your intelligence?

Intellect often relies on concentration or attention. If you’re unable to concentrate on a problem, your cognitive performance significantly decreases.

So, what happens when you dive into cold water? Your brain becomes alert. That cold water wakes up all the untapped corners of your mind. It wipes your thoughts clean and shocks your brain into a new state of being. In seconds, you feel awake, energetic, and refreshed. That means greater concentration, a longer attention span, and a boost in cognitive performance.

Cold water therapy is easy to incorporate into your daily routine. Every morning, bravely step into a cold shower. Splash freezing water on your face. If you have a pool, dive headfirst into the deep end. Whichever you choose, get your day started with an icy wake-up call. You’ll notice a boost in cognitive performance right away.

For thousands of years, one beverage has refined the mind of the world’s greatest thinkers. Countless hyper-intelligent individuals consumed this energy-boosting drink for their entire lives. In western cultures, this beverage has fallen out of favour—many people prefer drinks with more caffeine—but this traditional beverage remains a powerful brain-booster that you can use every day. Chances are, you’ve seen this drink in the aisles of every grocery store and the menu of every coffee shop.

Originating in China over a thousand years ago, green tea is one of the oldest drinks in the world, and green tea remains popular for its unparalleled impact on the human brain.

A 2017 academic review, published in the journal Phytomedicine, investigated data from over 21 different studies—all of which explored the cognitive impact of green tea consumption. These researchers challenged green tea’s long-standing traditions… and the results were significant. Turns out, green tea affects the function of your brain in several key areas.

It sharpens your memory by improving both storage and memory recall. It also increases your attention span and heightens concentration, especially in the first hour after consumption. Drinking green tea is also an effective way to reduce stress and stimulate your immune system. Studies show that green tea lowers general anxiety and relaxes your nervous mind.

But there’s more. Green tea impacts your mood, attitude, and general well-being. Your mood doesn’t necessarily increase your intelligence, but it does impact your performance. If you’re unhappy, dissatisfied, or insecure, those negative emotions will hinder your cognitive performance. Luckily, one cup of green tea can improve your mood, creating a healthier and happier state of mind. Many green tea drinkers experience a unique balance of energy and relaxation. But where do all these effects come from?

Green tea contains caffeine, like coffee; but the amount of caffeine in one cup of green tea is significantly lower than a cup of coffee. Green tea has enough caffeine to boost your mood and your performance without causing crashes or caffeine-related anxiety. Green tea also contains chemicals like I-theanine and epigallocatechin gallate, which impact your neuropsychology, giving your brain a consistent and positive boost.

To reap the rewards of this historic beverage, pour yourself a cup of green tea in the morning. Instead of relying on highly caffeinated drinks like coffee, try a milder alternative. You may discover you don’t need as much caffeine as you think you do. You feel the same burst of energy without the negative side effects. Of course, green tea supplies more than just a boost of energy. It’s an intellectual stimulant, a mood booster, and stress reducer all mixed into one steaming beverage. You may not believe one drink can change the way you think, but centuries of green tea drinkers say otherwise.

When you imagine an intelligent individual, what’s the first thing that comes to mind? You may picture a smart cookie hiding in their study, ingesting hundreds of books, solving problems, and creating new inventions. Most people believe intelligence is a solitary activity—something you do in the confines of your own mind. But you need other people to enhance your intellect. In fact, one of the best ways to improve your IQ… is to have a conversation.

Albert Einstein, for example, was a notorious socialite.  He thoroughly enjoyed his time with friends and readily pursued interesting conversations. Looking at history’s most intelligent characters, they often surround themselves with like-minded individuals—intelligent people who listened and contributed to their inventive and radical ideas.

In other words, you can increase your intelligence by socializing with others. High-minded conversations give you a chance to explore the ideas tumbling around your mind. When you explain your ideas out loud, you may discover holes in your logic or make new connections. In a social setting, you can realize, develop, and explore your own thoughts in a unique way.

Collaboration also adds a unique degree of intellectual growth. You are a single individual with a single perspective. No matter how intelligent you are, that perspective is limited. You may not see a glaring error that someone else notices in seconds. A friend or a colleague may pose questions you never considered. Maybe they have their own great ideas, which you can build and develop.

If you want to increase your IQ, give your brain the opportunity to socialize. It doesn’t matter if you’re an introvert or an extrovert. A lone wolf or a team player. Humans are social creatures, and your intelligence may grow if you spend time with intelligent people.

Instead of hiding in a room, join a class or a book club where you can engage with people who like discussing challenging subjects. Dive into deep, academic conversations with your friends or family. And challenge yourself to meet new people who bring different perspectives to the table. The more perspectives you receive, the more complex your understanding becomes.

You Should Ask Your Crush These 10 Questions