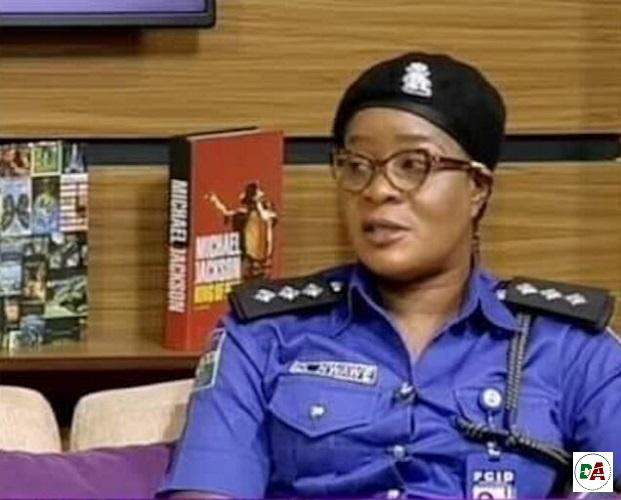 The Nigeria Police Force has begun a probe of DSP Cordelia Nwawe over alleged extortion of N22 million worth of Bitcoin from two young Nigerians in Lagos.

Cordelia, along with some other officers was accused by Morakinyo Tobiloba Peter and Yusuf Samson Dayo to have at gunpoint on 14 July 2021 extorted the bitcoin from them while driving on Ikoyi/Ajah Expressway.

The Inspector General of Police, Alkali Usman Baba said following reports in the media, he has set an investigative panel to carryout a discreet and transparent probe into the allegation.

DCP Adegbite holds a Masters Degree in Philology (Russian Language) from the Pushkin Institute, Moscow, Russia, and is an alumnus of the FBI National Academy, Quantico, Virginia, USA.

DCP Adegbite, a member of the Order of the Federal Republic of Nigeria (MFR), was a pioneer investigator with the Economic and Financial Crimes Commission (EFCC) where he rose to be Director of Operations (2012-2015).

An experienced and detailed investigator, he is expected to bring his vast knowledge in investigating corruption-related cases to bear in resolving this case.

The NPF advises any member of the public who has had similar experiences of high-handedness or extortion by the officers in question, her team or any other officer at the FCID Alagbon to come forward with detailed information to enable the panel achieve a wholistic investigation.

DSP Cordelia and the other Police personnel allegedly indicted in the report, have been ordered to report to the Special Investigation Panel, Force Headquarters, Abuja, on Tuesday, 21st December, 2021 to answer to the allegations against them.

A statement by police spokesman Commissioner Frank Mba said the alleged actions of the Police Officers in question do not represent the standards and practices of the Nigeria Police Force.

He warned that any officer found wanting will be visited with the full wrath of the law.

He urged the public to remain calm as the Force will provide timely updates and make the outcome of the investigation public.