3 Reasons Why You Should Never Pursue A Woman 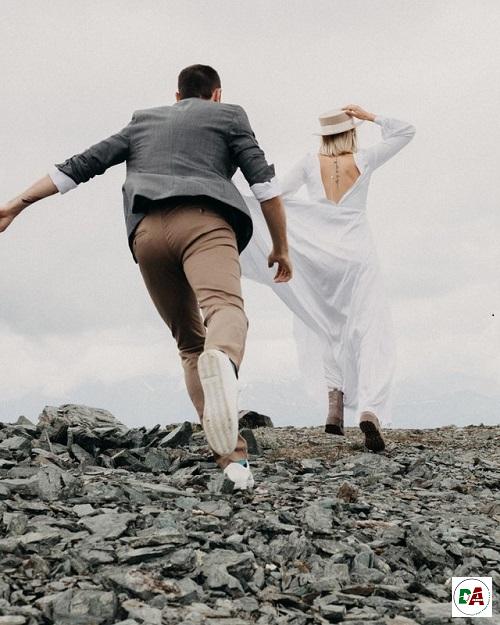 This article seeks to do two things

Pay attention and stay focused because we’ve got some very interesting pointers to share with you today We have our ideas and theories about why chasing women is actually a bad idea and can completely distract you from what the bigger goal and your bigger life’s purpose should entail or entails so if you’ll indulge us we will jump right in.

There are two reasons why women make you chase them.

The first one is that she probably is not that into you when a woman is really into you and of course depending on her age, level of experience, and stuff like that she will be more than willing not to drag things out just because of the thrill she may feel about being chased.

So now when a woman really likes you it’s quite easy to see. You know in her speech, in her availability, in her body language and things that she does when you are around. However, if you’re the one who seems to always be doing the chasing then you’re in trouble because it means that she’s not into you. She probably has multiple suitors and you’re not the top on her list so she would want you to work a little harder to win her

Second reason women make you do the chasing is because she probably is not feeling safe with you because she’s had some really bad previous experiences where the male gender is concerned and is being wary. So she has all these barricades and walls up in a way to sort of protect her heart and so she would let you actually work really hard to win her affection over. Also, she feels as if the harder a man is willing to work for her affection and her attention, the more dedicated he will be. That usually though is not the case and we can have a separate discussion about that – that there are some men who just chase for the thrill and not necessarily because they want to take women seriously.

These are two main reasons why women make men chase them

Now let us give you three reasons why we believe that men should not be chasing anyone. Now for starters, we feel if your main focus is to chase a woman, it diverts your attention from actually pursuing the things that we think really matter in life and that’s YOU!

What are your goals? what are your aspirations?? what is it that you want to do with your life??? what are your dreams now???? the time to make those dreams can’t come true now if you’re busy spending time chasing women instead of chasing your dreams then a couple of years down the line you’re going to realize that your dreams are even harder to attain and you’ve wasted a lot of time.

So rather than chasing; you know women focus on your dreams and guess what… once you do become successful guess who is going to be chasing you? 😉

Women right… so don’t chase women chase your dreams. If you successfully manage to check those dreams the women will come

The second reason men shouldn’t chase women is because you come across as desperate and sometimes even pathetic especially when the feeling is not mutual. The love is unrequited and so much more now.

A lady shared her personal experience with a guy who just did not want to take her ‘no’ for an answer and in this case she was not even trying to play hard to get. She genuinely did not want to be with him. She didn’t even want to be just friends because she personally didn’t find him attractive and it cut across it had nothing to do even with his looks necessarily. But there was something about his personality that just didn’t seem to gel with hers. The guy kept pursuing, calling to see her and she wanted nothing to do with him because whenever she was around him, her skin crawled

The point is, the minute a woman says ‘no’ just walk away and move on and we think that is what a lot of men need to do because if you do get that kind of woman, who already knows what she wants, is a go-getter herself or has really big dreams that she’s personally trying to smash, then you know that this would become a really big turn off for her.

One, you’re desperately looking for attention. She has told you in more ways than one that she’s not interested but you keep pursuing because you feel as if the more you push, one day, she’s going to give in. No! back up!! back all the way up my brother. Back up because it does not work and believe it, if you have to work too hard to get someone’s attention consider this it actually might mean that you’re coercing her into a relationship with you now who wants to beg another person to be in a relationship with them especially if they’re not interested

Believe that whatever you start you need to finish if you begin a relationship with a woman and you’re always the one doing the chasing for starts; is when you met her you actively chased her, pursued her and over time yes you were successful. You won her attention. Guess what, she’s now the prize you’re gonna have to work harder and over time to be able to what maintain that attention that she’s giving you. You put her on a higher pedestal just because you’re the one who does the chase where on another level, we believe that you could actually level the playing ground if you do not chase

Yes, you can make yourself available, you can let her know your intentions but to chase – no you should not do that

If she’s also someone who is used to having men chase her, she’s going to be wondering why isn’t this guy chasing me and then her attention is going to suddenly switch to not see all the guys who are coming her way but you who is not even paying attention.

Really why does that happen? her curiosity will be piqued and suddenly she’ll be more interested in getting to know you of course. This does not happen every single time but the times that something like this has occurred one of the reasons is what we just mentioned.

What we are really trying to point out is if you start to chase, you continue to chase in that relationship. It’s always going to be you working a little harder to make things happen. It’s always going to be you making the extra sacrifice to keep the relationship going because you already set the precedence for chasing. You’re probably going to be the only one working overtime to maintain that relationship and over time you probably also get very worn out and tired of always being the one to try. So basically, don’t start what you can’t finish because you are not going to chase her for the rest of her life. You came to the relationship with some level of aggression with some level of commitments; with some level of promise and she is going to want to demand those things constantly to keep the relationship going and you on the other hand may not be in that same position. Some men say even in jest “why do you continue to campaign after the election is over?” There’s no need to so whilst you’re cruising in the relationship. She’s demanding so much more of you because you already set the precedence and you’re gonna have to maintain it.

Let us know what you think in the comments below

Can we actually communicate with animals through artificial intelligence?

Top 10 Things You Should Know About CASSAMI.COM