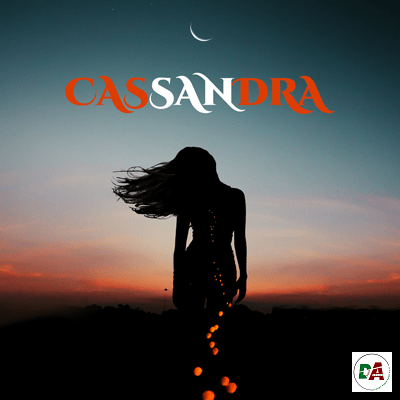 As the young man advanced towards me with a knife 🔪 in his hand, I stared at him fearfully, very unsure if he was actually going to use the weapon on me or not. I really felt like a cornered rat and the last thing on my mind was running away like a scared chicken 🐓. I bravely stood my ground while deep inside I was shaking with fear. Of course I didn’t know the guy. I didn’t know what he was capable of doing, but I couldn’t just run away from a young boy like him. Luckily Cassandra quickly came in between us and pushed the troublesome guy backwards.

‘’whats wrong with you Edwin? You just pulled a knife for my friend. Have you gone nuts? Do you think we can resolve this with fighting?’’ she barked at the guy who bit his lips 👄 as he exchanged glances with Cassandra and I. Cassandra’s words kind of had a good effect on him because he instantly pocketed the knife and tried to close in on me again while Cassandra pushed him backwards.
‘’seriously you are going nuts. How dare you show up here just to embarrass me?’’ she barked at the guy who really was behaving as if he was under the influence of 💊 drugs.
‘’so he is the guy right?‘’ the silly boy asked, roughly pushing Cassandra sideways as he closed in on me one more time with great strength. I really wasn’t expecting such move and so was caught unawares. Closing in on me, he grabbed my shirt by the collar.
‘’you took my girl from me because you have money 💰 right? You will pay for this. You got to pay. I easily found you guys and that’s the same way I will easily deal with you’’ he threatened as saliva flew from his mouth and designed my face, getting me very angry 😡. Without warning, I hit his crouch 🍆 with my right knee, sending a great wave of pain across his body. As he tried to regain his composure I gave him three supper punches 👊🏻👊🏻👊🏻 on the face, sending him backwards while Cassandra screamed and held me as concerned neighbours ran 🏃🏽🏃🏻‍♀️towards us.
‘’this isn’t over. I see you can fight old man. I’m coming back for a rematch’’ he threatened, wiped out blood from his nose and quickly disappeared down the street before my neighbours could understand what was happening.
“Mr David are you okay? Who is that guy? What happened?’’ my neighbours asked curiously 🤷‍♂️.
‘’he is a street tout. I guess he is under the influence of drugs  💊’’ I stammered, totally shaken and scared.

‘’we got to talk’’ I seriously said to Cassandra as we headed to my apartment while she nodded in agreement.
‘’my friendship with Edwin is rather a weird one. You see when I was in my 2nd year in school, I was being disturbed by a redhead cultist ☠️ who wouldn’t take no for an answer. It got so bad that I was sacred of going to school because of running into him. Edwin was my neighbour. He equally belonged to a cult group, but his own group hardly terrorised anyone. I had to reach out to him for protection which he gladly offered by confronting the guy and telling him that ” I’m his girlfriend”.

The guy backed out eventually and I showed my gratitude to Edwin by sharing my food most times with him. There was even the month he ate all his meals in my room but unfortunately he soon became obsessed with me and won’t let me have my privacy anymore. I soon moved into another hostel 🏡 but yet he wont let me be, always embarrassing my 👭 friends and stalking 👀 me. I really don’t know if he is still mentally sound. You need to see the type and size of weed 🍀 these guys smoke. I’m still in shock how he found me here. I’m really ashamed and embarrassed’’ she breathed, covering her eyes with her hands while I stared at her speechlessly.

CHECK OUT: What To Do Before Publishing Any Post On Your Blog

I really didn’t know what to think, nor believe. Of course I felt there were some details in the story which she didn’t share with me. But what could I do? I still loved 💑 her. I still wanted to be with her. I still wanted to support her.
‘’I’m so sorry. I think I will leave tomorrow. I don’t want him to come back and harm you. Very early tomorrow, I leave for my school 🏫’’ she added solemnly, throwing a curious look at me as she awaited my response.
Oh Cassandra!

Easily Apply For UK/US Adsense From Any Country