How to Block the Upgrade to Windows 10 Spring Creators Update 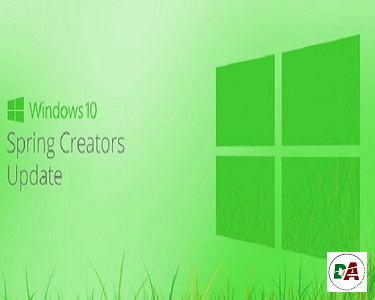 Windows 10 Spring Creators Update is just around the corner, and although it comes with a long series of improvements and new features, there are many users out there who’d rather stick with their current Windows 10 version for a little longer.

There are lots of reasons for this, but probably the most common is that upgrading to Windows 10 Spring Creators Update on day one could be a risky process given the bugs and issues that might be experienced until the new OS feature release is more refined and the majority of problems are ironed out.

Microsoft has tried to avoid this with thorough testing in the Windows Insider program, but given how different PC configurations are, including here both software and hardware, there’s a good chance more issues would be experienced after the public rollout begins.

The release of the Windows 10 Spring Creators Update will happen in stages, and this means that not everyone would get it on day one. But some will, and if they want to block the new OS version, here’s what they need to do.

There are several ways to block the Spring Creators Update from being offered, and on Windows 10 Pro systems, Microsoft is offering dedicated options in this regard. They’re called deferring updates, and they are located in Windows Update in the following path:

In the Choose when updates are installed section, you can decide for how many days you want the installation of feature updates to be deferred, and you can choose between 1 day and 365 days. By default, this option is set to 0, which means Windows 10 would attempt to upgrade once it’s being offered a new version.

Keep in mind, however, that these settings are only available on systems running Windows 10 Pro. For everyone else, there’s another way to do this, and it blocks the new feature release even from downloading, which is much more helpful given that it also saves storage space.

This time, it comes down to setting your Internet connection as metered. This particular option is specifically aimed at users on limited data plans who can’t afford or don’t want to run out of data by having the Windows 10 Spring Creators Update be downloaded in the background. Microsoft thus gives users the option to block the download of the Windows 10 Spring Creators Update on a metered connection and only do it when connected to a Wi-Fi network.

Here’s how Microsoft describes metered connections in the official Windows 10 documentation (emphasis is ours):

To set any network connection as metered, here’s what you have to do. Open the Settings and navigate to the following path:

Remember that you need to be connected to this particular Wi-Fi connection all the time, or if you connect to others, you need to configure them as metered as well.

Keep in mind, however, that Windows 10 Spring Creators Update comes with a plethora of changes and the upgrade is recommended for everyone. Furthermore, given the Windows as a Service push, Microsoft will drop support for older versions of Windows 10 as new ones are released, so sooner or later, you still have to install the upcoming release to continue getting updates.

Cloudz – In Africa (Prod. by Haskebeatz)

10 PHOTOSHOP TIPS AND TRICKS YOU SHOULD KNOW

HOW TO SPEED UP USB DATA TRANSFER SPEED